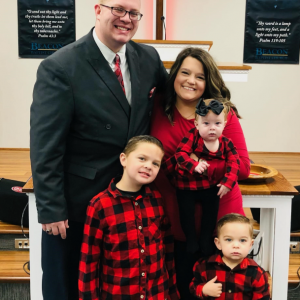 The members of Beacon Baptist Church, voted unanimously to call him as the second pastor to minister to our congregation.

His first services as Pastor were on Sunday, February 4, 2018.

Pastor Lawson was saved and called to preach at the early age of 8 and has been preaching special meetings, revivals, youth conferences, and as pulpit supply since the age of 14. Originally from Cowpens, a small town in the Upstate of South Carolina, he graduated from Gettys D. Broome High School with academic honors in 2011. He received his Bachelor of Biblical Studies Degree from the Believer’s Institute of Biblical Studies in 2016 and is currently working toward a Master’s of Theology Degree.

Beacon is blessed to have the Lawson family leading our church!

Please pray for us, our Pastor, and his family as we “press toward the mark for the prize of the high calling of God in Christ Jesus,” Philippians 3:14. 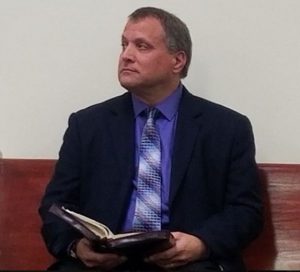 Our Assistant Pastor, Louis Stankewich is also our director of prison ministries.

Each week, he leads Sunday morning worship services with inmates in the Lexington County Jail.

Pastor T.A. Caldwell was called to preach in February 1956.

Pastor Thomas Caldwell and his wife Mary Lee are still active members of Beacon Baptist Church. They have been a faithful servants through the years and are loved by all who know them. Brother and Sister Caldwell continue to assist Pastor Lawson and his wife Tori, in any way possible when called upon. We praise the Lord for these precious saints of God.

Beacon Baptist Church on the last Sunday in March of 1989, he served as our Pastor, until his retirement from the pastorate on February 4, 2018, the very Sunday that Pastor Joshua Lawson became our second and current Pastor. On Homecoming Sunday March 25, 2018, Pastor Lawson and the congregation of Beacon Baptist Church conferred on Dr. Caldwell the title of Pastor Emeritus, honoring his 29 years of faithful service as Pastor.
*Having started